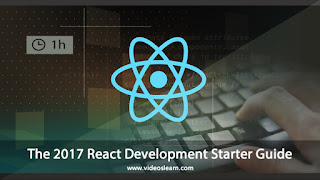 React is one of the top JavaScript front-end frameworks in 2017 and is likely to gain more traction in the future. If you would like to start out and make your first steps with React you'll quickly realize that React is easy to learn (especially if you're already familiar with other component-oriented front-end frameworks like Angular or Vue.js). However one of the biggest obstacles you'll be confronted with as a React beginner is the tooling and ecosystem.

Choosing from the various tooling options and packages is an overwhelming task if you're a React beginner. In fact, trying to set up the right starter boilerplate app for React can hinder you to get going with this framework fast.

However, you can avoid this pain by choosing a premade boilerplate for your first React app. In the following tutorial we'll use *create-react-app* to bootstrap our application. It's an opinionated zero-configuration starter kit for React.